Oregano is the dried leaves of the herbs Origanum spp or Lippia spp (Mexican). Both varieties have traditionally been harvested in the “wild.” The Mediterranean variety is closely related to Marjoram and is very similar in physical appearance. “Oregano” means Marjoram in Spanish, and although sometimes referred to as “Wild Marjoram” it is a different herb.

Mediterranean Oregano, which gained its popularity after the troops returned from WWII, is found in much of Italian cuisine: pizza, spaghetti sauces, and other tomato-based sauces. Mexican Oregano is found in chili powders and adds flavor to chili con carne and other Mexican dishes 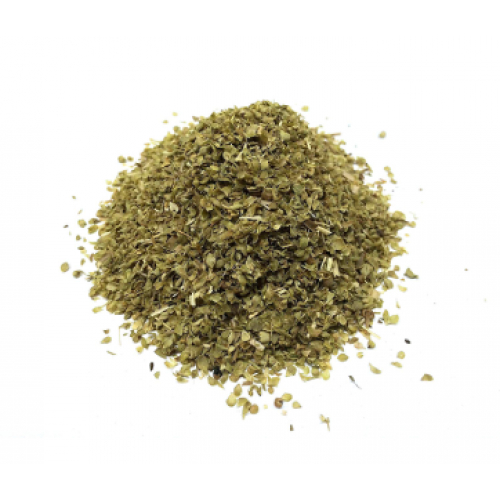