Chia Seeds are one of the most popular whole foods around. These ancient seeds are a versatile ingredient in any whole food diet and hold a wide range of nutritional potential.

Chia seeds can easily be added to any meal for an impressive nutritional boost. After flaxseed, chia seeds have the highest content of omega-3 fatty acids in the plant-based world.

Just one 30g serving is considered high in protein, fiber, manganese, phosphorus, and a source of calcium and magnesium. Tiny, but powerful, these tasty chia seeds can be used for binding or to make a delicious pudding with a similar texture to semolina. Soaking chia creates a gel that can be used in recipes to give a binding effect which can be particularly useful in vegan recipes.

Aztec civilizations first grew organic chia seeds in the pre-Columbian era. These tiny seeds were so coveted that Aztec people paid their priests and nobility with these organic seeds as payment for taxes. They even ate chia seeds for sustenance during endurance contests! 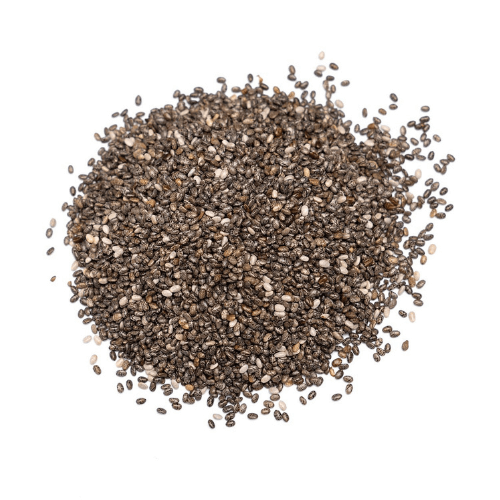 Dear valued customer, we regret to inform that all deliveries placed after June 27th will be delivered after July 10th due to the current economic crisis. We thank you for your patience and continued support! Dismiss